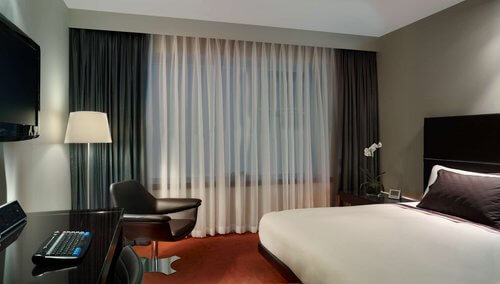 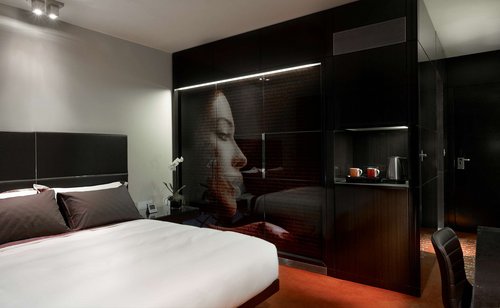 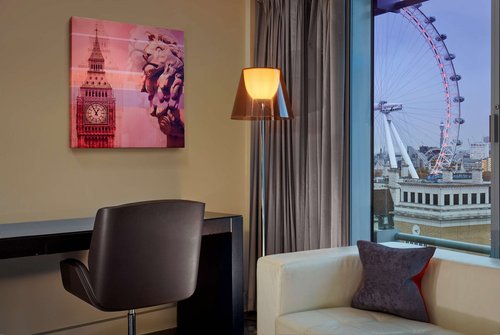 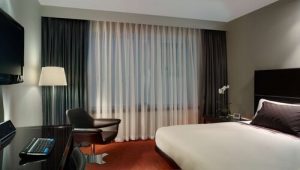 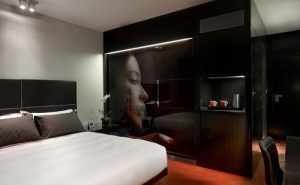 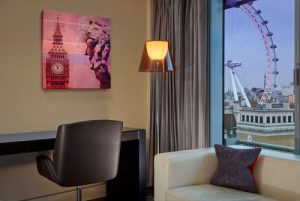 The Park Plaza Westminster Bridge London is a large upscale hotel in central London featuring over 1,000 guest rooms. It is 16 stories and was built in 2011. The hotel is extremely modern with an enormous lobby and glass façade and an impressive atrium.

The hotel has incredible views from many of its upgraded rooms and some common areas .These views include the Thames River, The London Eye, the Houses of Parliament as well as Big Ben.

It is an excellent and popular choice for those looking for an affordable upscale hotel with extremely convenient location perfect for both business and tourists alike. It is an ideal hotel to explore the best of London for a first time visitor.

The hotel is located in South Bank a very short walk to many popular attractions. The London Aquarium, London Dungeon and London Eye are less than 10 minutes walking distance, as well as the Houses of Parliament, the National Theater, Westminster Abbey and Big Ben.

The hotel is also very close to the Tube (subway) and all public transportation within a few minutes walking distance from the property. The Westminster and Waterloo stations are the nearest stations to the hotel.

The rooms at the Park Plaza Westminster Bridge London feature a modern décor. The rooms either overlook the atrium of the building or some have city views. If you are interested in city views please ask your rep for details.

The hotel is approximately a one hour drive from London’s Heathrow Airport or via subway (tube). Gatwick Airport can be reached in one hour as well or also via express trains or tube in about one hour.