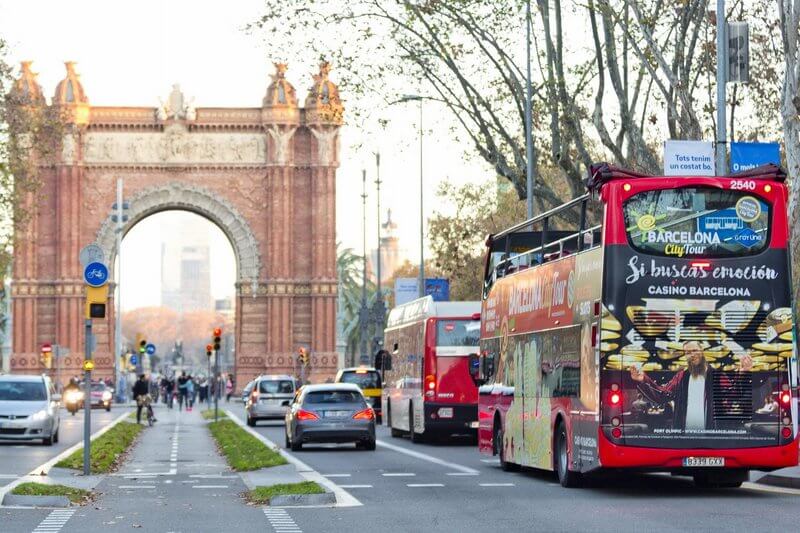 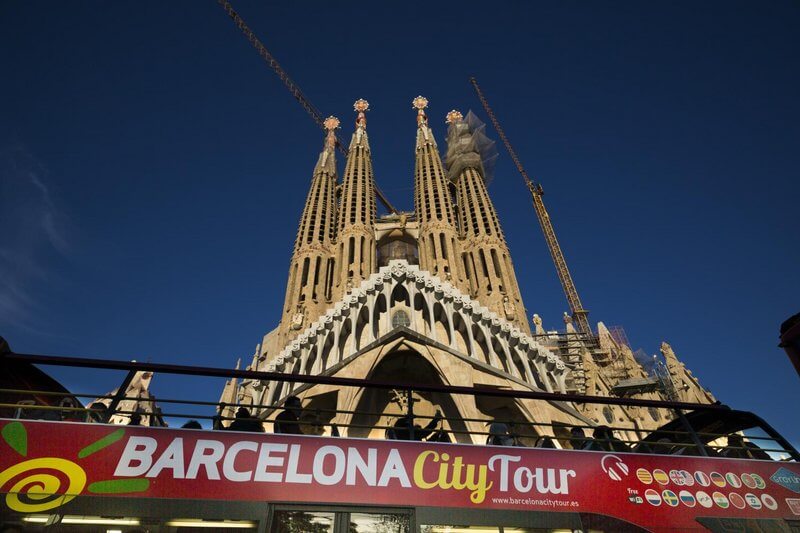 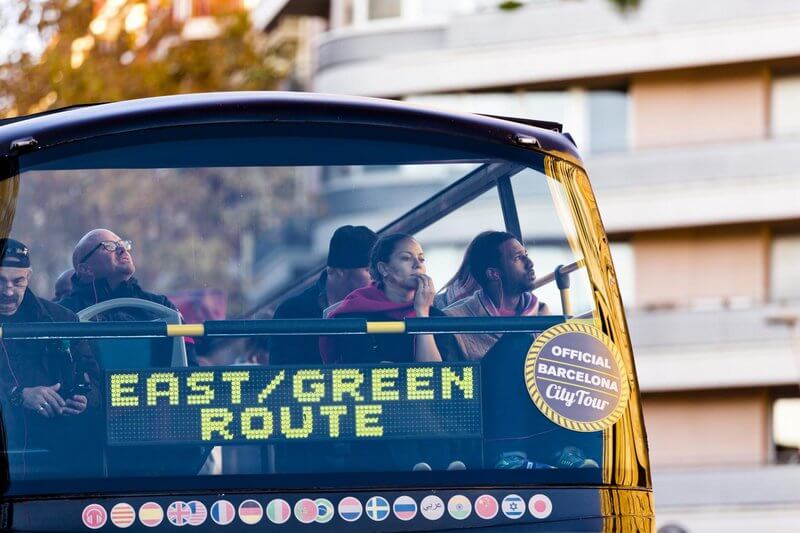 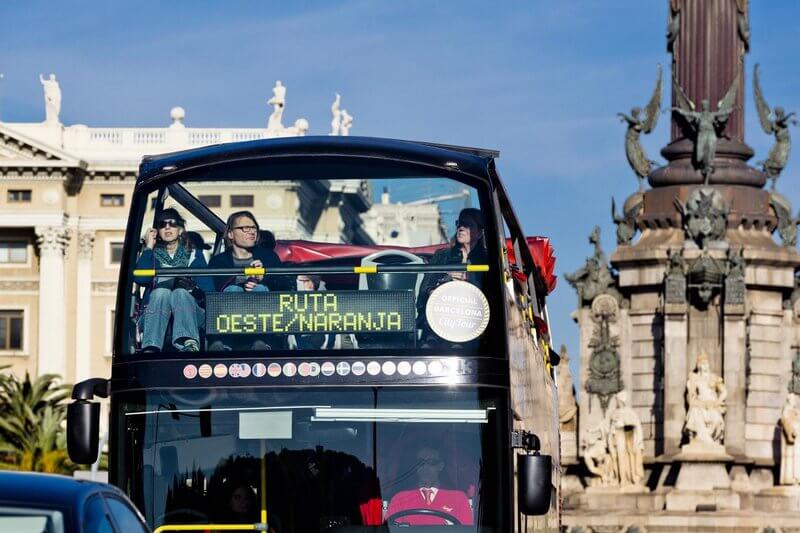 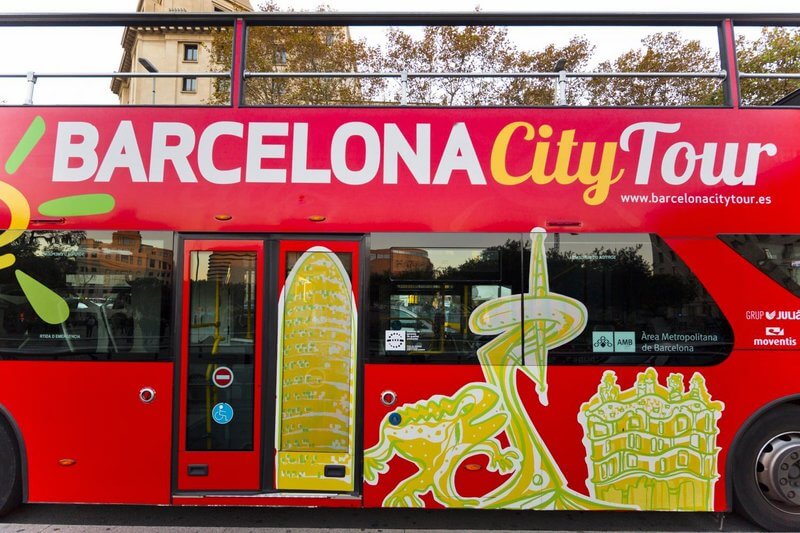 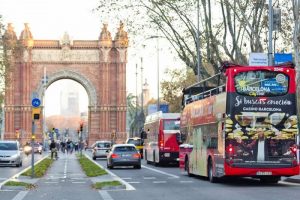 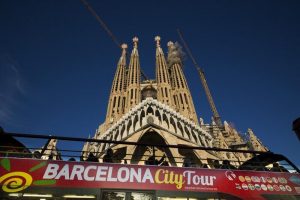 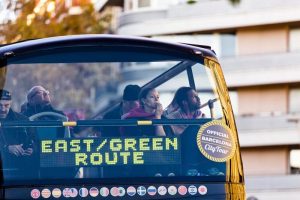 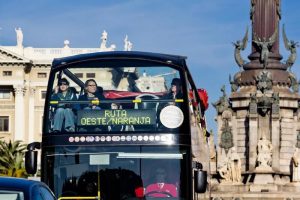 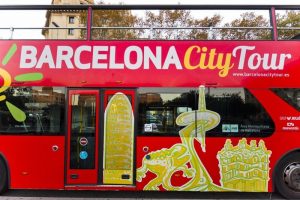 Barcelona Hop On Hop Off Tour

The Barcelona Hop On Hop Off Tour gives the choice of two great routes (East/Green Route and West/Orange Route) covering the main highlights of the city.

Description of Barcelona Hop On Hop Off Tour:

The Barcelona Hop On Hop Off Tour allows you to discover the many attractions of this delightful city at your own pace.

Duration: Valid for 1 or 2 days depending on the option selected

The route starts from Plaça Catalunya however you can board the bus at any of the stops.

You may end the tour at any of the stops.

Getting around Barcelona’s must-sees on foot can be tiring and time-consuming, especially in summer’s heat. Check through the attractions with ease and in less time with a 1 or 2 days hop on hop off double-decker tour pass, including audio commentary on the sights. Stay aboard for a time-saving city overview, or hop on and off at stops along the two routes to explore further. Upgrade to a 2-day pass to fit your vacation schedule.

You will be given a map and guide outlining all of the stops on each of the routes, and offering discounts for different establishments in the city. The luxury buses are adapted for people with limited mobility and have an electric roof to use in the event of rain; they are fitted with anatomical seats and heating on both decks.

The frequency of buses at the stops varies with the season (between 5 and 25 minutes) and each route takes approximately 2 hours to complete. The routes and stops are described below:

Plaça Catalunya: A major square in the heart of the Bari Gòtic area of the city. The large, open square is lined with seating and the ornamental gardens contain beautiful statues with wonderful water features.

Catedral-Barri Gòtic (Cathedral Gothic Quarter): Barcelona Cathedral houses the tomb of Saint Eulalia along with some paintings and valuable metalwork. The Cathedral is the most important building in the Gothic Quarter.

Port Vell: This picturesque old harbor is a popular tourist area with many attractions and sea-food restaurants aplenty.

Museu d’Història de Catalunya: An interesting museum showcasing the history of Catalonia from its distant roots to the present day using interactive and innovative features.

Barceloneta: This stop is known for its sandy beach and the plethora of restaurants and nightclubs that line the boardwalk.

Port Olimpic: This entertainment and leisure zone has become a popular area among tourists and locals alike. Most people come here to enjoy the amazing nightlife found in the bars, restaurants and dance clubs.

Platja del Bogatell (Bogatell Beach)*: With a shoreline 600 meters long, Bogatell beach is one of Barcelona’s safest and most beautiful beaches.

Nova Mar Bella Beach*: This 500-meter beach is a favorite with women. It is one of the beaches created as a result of urban redevelopment in preparation for the 1992 Olympic Games.

Fòrum*: Designed by the Swiss architects Jaques Herzog and Pierre de Meuron, the triangular Fòrum building is an urban landmark in Barcelona. Its curious architectural form has been the subject of controversy over the years.

Hospital de la Santa Creu I Sant Pau (Hospital of the Holy Cross and Saint Paul): Designed by Lluís Domènech I Montaner and built between 1901 and 1930, this famous hospital is part of a UNESCO World Heritage Site. Today it still serves as a fully functioning hospital.

Tibidabo: This hill is Barcelona’s highest point, so you can see the whole city from here. There is also an impressive modernist church, called the Sagrat Cor (Sacred Heart), a planetarium and the oldest amusement park in Spain (complete with original rides).

La Pedrera or Casa Milà, (in Passeig de Gracia): A block of flats with a wavy stone facade and sculptures on the roof, this site was designed by Antoni Gaudi and designated a UNESCO World Heritage site.

*In winter (02 November to 25 March) the stops at Platja del Bogatell*, Nova Mar Bella*, and the Fòrum* are replaced by stops at:
Ciutadella-Zoo: Parc Ciutadella contains a spectacular waterfall and lake plus the splendid Barcelona Zoo with more than 7,000 animals of 400 different species from around the world.

Teatre Nacional-Auditori: A working theatre and one of Barcelona’s most important cultural centers.

Plaça Catalunya: The major square in the heart of the Bari Gòtic area of the city.

Ciutadella-Zoo: Parc Ciutadella contains a spectacular waterfall and lake plus the splendid Barcelona Zoo with more than 7,000 animals of 400 different species from around the world.

Passeig Colomb: This street contains the Cristobal Colon – a statue of Christopher Columbus pointing symbolically towards the New World – and the House of Cervantes, where famous writer Miguel de Cervantes lodged during his stay in Barcelona.

Anella Olimpica: One of the four major competition sites built for the 1992 Olympic Games.

MNAC Museo Nacional de Catalunya: An exceptional museum and one of the world’s most important centers for Romanesque art, works in this museum span a millennium. Housed in the stunning Palau Nacional.

Poble Espanyol (Spanish Town ): An open-air architectural museum located on the mountain of Montjuïc in Barcelona.

Caixa Forum: Built to house a factory in 1911 by architect Josep Puig I Cadafalch, this redbrick modernist fortress opened in 2002 as a center for art exhibitions, concerts, lectures, and other cultural events.

Plaça d’Espanya: One of Barcelona’s most important squares, this site was built for the 1929 International Exhibition, held at the foot of Montjuïc.

Camp Nou: Home of FC Barcelona and one of Europe’s largest football stadiums.

Avinguda Diagonal: One of Barcelona’s most important avenues, this site cuts the city in two, diagonally from west to east.

La Pedrera or Casa Milà, (in Passeig de Gracia): A block of flats with a wavy stone facade and sculptures on the roof, designed by Antoni Gaudi and designated a UNESCO World Heritage site.

Casa Batllo (in Passeig de Gracia): Another Gaudi masterpiece, this site was built in his signature style where fluid lines and organic forms replace straight lines and right angles. Passeig de Gracia is Barcelona’s most elegant and architecturally interesting avenue.

The tour ends at your convenience and you need to make your own arrangements to return to your accommodation.