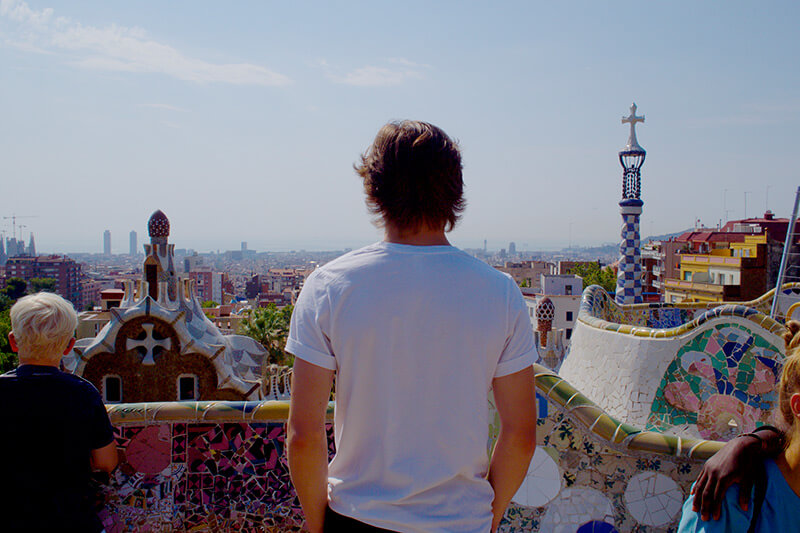 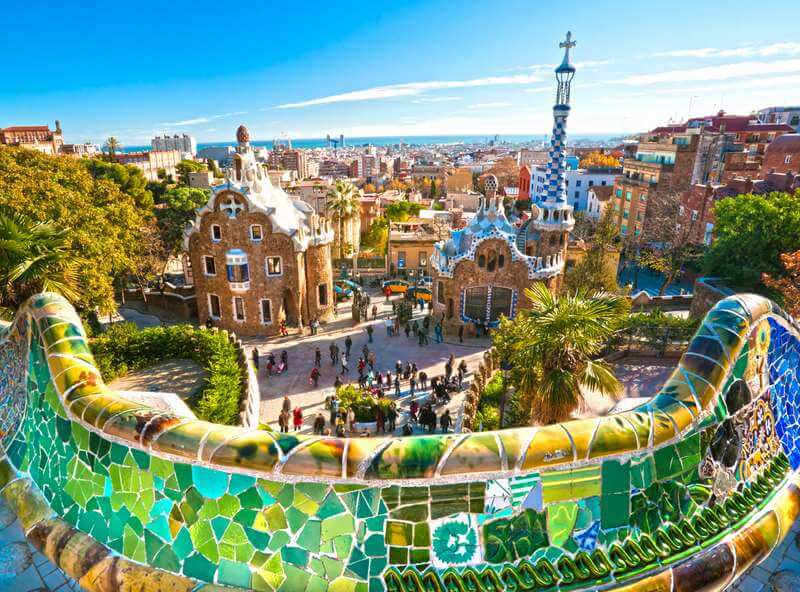 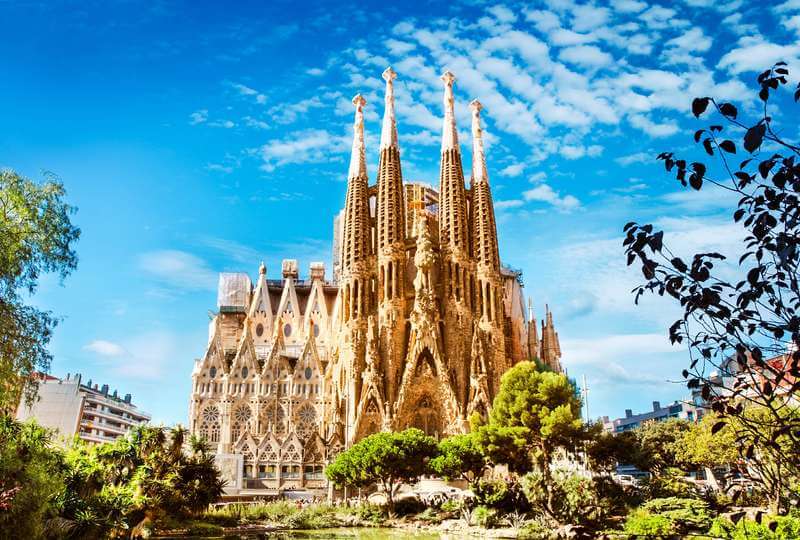 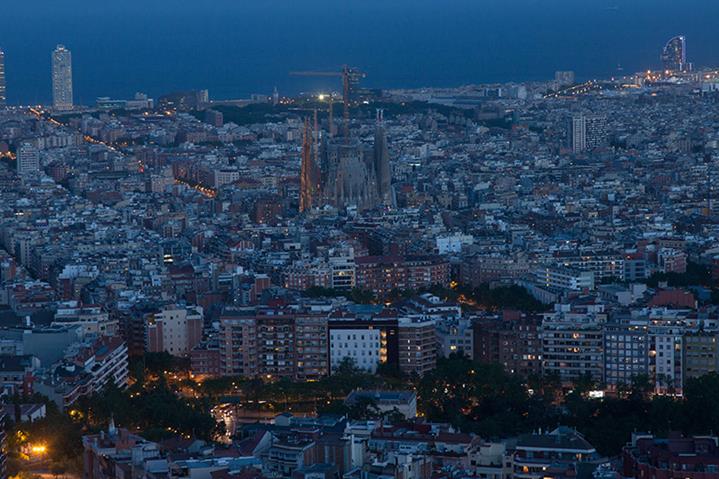 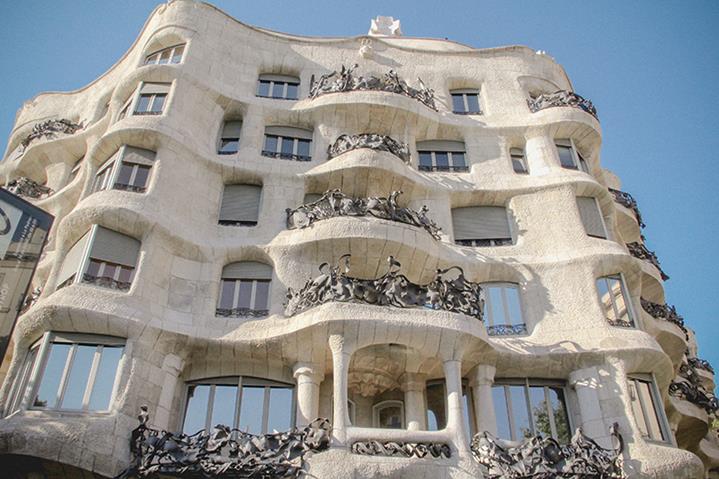 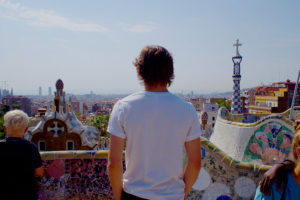 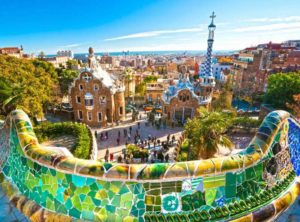 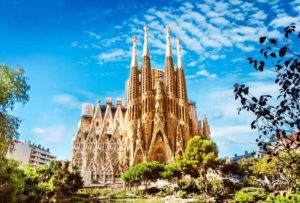 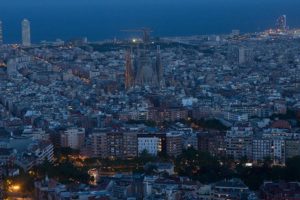 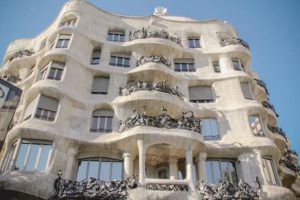 If you are looking to see the most important sites in the city, this Barcelona Small Group Tour is a highly recommended add-on for your Barcelona Travel Package with us! This is one of the few tours that provides pickups from your hotel and it’s also a small group tour of 8 people or less.

Get ready to get picked up by your guide, at your accommodation in Barcelona and visit some of the most beautiful places, the city has to offer.

Explore two of the most famous masterpieces of Catalan architect Antoni Gaudí, La Sagrada Familia and Park Güell. We offer the exclusive opportunity to skip the line at both sites, in order to save precious time. Hear fascinating stories about the city’s one-of-a-kind architecture, culture, and history.

Begin in Plaça Catalunya, Barcelona’s central square. The plaza connects to the avenue Passeig de Grácia, which features some of the best examples of Catalan architecture. Take a moment to admire the striking façades of private Modernist buildings, among them Gaudí´s famous La Pedrera.

Next, arrive at the “Illa Discordia Barcelona” (Barcelona’s “Block of Discord”), which not only includes Gaudí’s Casa Batlló, but also the Casa Lleó – Morera and Casa Ametller.

After having seen the highlights of Passeig de Gràcia, head through the historic and bohemian Gràcia district, all the way to Park Güell. This magical park is located on the top of a hill that provides spectacular views of Barcelona.

In the park’s famous gardens, Gaudí combined his unique architectural style with elements of nature. The result is a place of pure fantasy, guaranteed to amaze you.

Follow the footsteps of the same architect as we explore l’Eixample next. This district was designed in the 19th century by urban planner Ildefons Cerdà.

It became an extension of the Old Town, as part of an orderly expansion strategy for the city. After visiting the majestic Hospital de Sant Pau, continue to another masterpiece by Gaudí, La Sagrada Familia.

Discover the different parts of the building and the many examples of religious symbolism hidden in its unique façades. Be sure to be captivated by Gaudi’s incredible architectural style: the peculiar shape of the columns, ceilings, walls and the organic architecture of the basilica.

After some time at the Sagrada Familia, continue towards the Mediterranean Sea. Along the way, pass by the Plaza de Toros Monumental and the contemporary Agbar Tower, the newest reference point for Barcelona´s stunning skyline.

Reach breezy Bogatell Beach, and walk down along the coast through Port Vell (the Old Port). Continue along with the port, and pass the Gothic Drassanes and Columbus monument, walking down the iconic La Rambla and ending up at the brand-new World Trade Center.

From here, head to Montjuïc Mountain, and our guide will point out the Mirador de l’Alcalde, a beautiful terrace with wonderful views of Barcelona’s iconic skyline.

The Mountain of Montjuïc was once the main venue of the 1992 Olympics. Nowadays, you can still admire the Olympic Stadium. Encounter plenty of examples of urbanism and architecture designed especially for the International Exhibition of 1929. These include Plaça Espanya, which was influenced by St. Peter’s Square in the Vatican.

Other beautiful highlights of this area are The Magic Fountain of Montjuïc , the Mies Van der Rohe Pavilion and The National Palace.

Finally, descend from the top of the mountain to the center of Old Town, and finish the day with a relaxed walking tour through the charming corners of the Gothic Quarter. Discover the hidden imprints left by the Roman and medieval city.

After stopping at the charming Cathedral Square to admire the magnificent Gothic Cathedral with its Gothic revival façade, travel back in time to the origins of Barcelona in Plaça Sant Jaume, where the old forum was located. The plaza is now home to Barcelona’s City Hall.