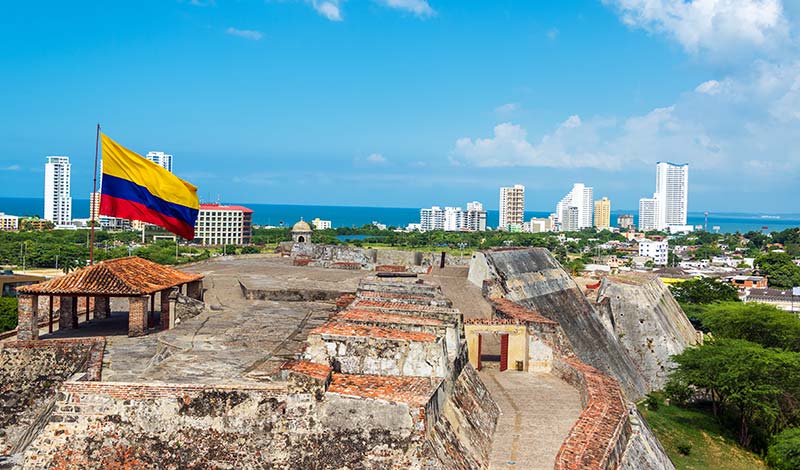 In the past, Colombia was not a welcoming place for tourists, but for the past decade, it has become one of Latin America’s hottest travel destinations. Cartagena is one of it’s safest cities, but it’s always good to have someone there to call for any emergency or question. TGW Travel Group also takes out the planning factor and all you have to do is show up. Most of your activities are set and if you are looking for nightlife and parties, that is also set as well. So if you are looking to travel to Cartagena, contact TGW Travel Group and they will set you up with a vacation of a lifetime in Cartagena!

Travel to Cartagena for Special Events

If you are looking to travel to Cartagena when there are a lot more things going on, we recommend traveling during it’s high/midseason. The best times to travel are the following:

Miss Colombia National Beauty Pageant – Colombian women are known all over the world for their beauty. Usually on the 2nd week of November every year, the Miss Colombia National Beauty Pageant is held in Cartagena. It’s a week of festivities, parades, parties, etc as the country celebrates the beauty of Colombian women as well as Cartagena’s independence. The country’s jet set travel to Cartagena to enjoy the festivities.  See Miss Colombia Package

New Year’s Eve & first week of January – Cartagena is Colombia’s #1 national tourist destination, so anytime Colombian’s have time off, they travel to the city to party and relax. Cartagena is in the Caribbean so the weather is hot and sunny. There are a ton of parties on New Year’s Eve and TGW has access to the best ones for our clients. The first week of January is also when the EDM festivals are held in Cartagena. Check out New Year’s in Cartagena

Easter Week – As mentioned above, Cartagena is Colombians’ favorite place to vacation. So during Easter Week (Semana Santa) everyone is there taking in the sun and partying in Cartagena’s best nightclubs. See Semana Santa in Cartagena Package

5 Star Option: Hotel Santa Clara is a converted seventeenth-century convent, a grand and historic hotel, easily the top lodging in the Caribbean coast city of Cartagena — which is, in turn, the destination of choice for travelers from elsewhere in Colombia; the young and the beautiful congregate here for a respite from the troubles in Bogota, Cali, Medellin.

4 Star Option: Capilla Del Mar Hotel Cartagena is one of the traditional hotels with the greatest recognition in Cartagena. It has been nominated to Portfolio Awards within the category “Service to Client”. It has 202 refurbished rooms, three diverse restaurants, a swimming pool, and a revolving bar on the 21st. floor, the cozy beach in front of the hotel, and complete business infrastructure.

La Vitrola – Long considered the best and romantic restaurant in the old walled city, La Vitrola is also part Cuban jazz club, part lounge. Old historic photos and ceiling fans give the impression of Old Havana, while the finely executed Franco-Caribbean dishes are mouthwatering, though come with a price. It’s just around the corner from Gabriel Garcia Marquez’s house and the Santa Clara Monastery.

La Casa de Socorro – packs in the local lunch crowd with huge servings of traditional Colombian fare such as cazuela, a seafood stew in a coconut milk base that comes with fried plantains and the ever-present coconut rice. It’s on Calle 25 (aka Calle Larga) in the Getsemani neighborhood near the convention center and worth visiting.

Babar is hands down Cartagena’s best club. Across the street from the Naval Museum, you will find this very hip and colorful spot on the second floor, with three balconies overlooking the night’s activities in Plaza Santa Teresa. It’s upscale and classy, so unlike a lot of clubs in Cartagena, they will not let not just everyone inside.

Café del Mar atop the ancient city walls is the place to be at sunset. Kick back with a mojito while taking in a view of the illuminated city and the Caribbean against a backdrop of gold, mauve, and azure. They have DJs there almost every night and is a perfect place for pre-partying and starting the night away.

Top Drinks to try in Cartagena:

Aguardiente – Many countries have their own unique, distinctive liquor (sake, ouzo, deadly Czech moonshine, and so on), and Colombia is no different. The ubiquitous drink of Andean Colombia — the one you’ll see in everyone’s hands at a night out at the bar or club, the one that makes an inevitable appearance at every party — is called aguardiente (literally, fire water). Aguardiente (or guaro, for short, if y’all are on a nickname basis) is a clear, anise-flavored liquid made of processed sugarcane. It’s produced either with sugar or without, and typically has an alcohol content a bit north or south of 25%.

Club Colombia – If you are not too much into the hard stuff and want to try out some good beer, Club Colombia is considered the best. It has 3 different flavors – Dry, Red & Black.

Arepa con Huevo – Arepas con huevos is delicious fried corncakes, filled with an egg. Much better than an egg McMuffin – they’ll warm you up and keep you going all morning. They are famous in Cartagena.

Colombian Hot Dogs (Perro Caliente) – After a late night of partying, the best and main thing to eat are hot dogs. Colombian hot dogs are known for their crazy toppings. Here, the Colombian is Nathan’s Famous beef dog wrapped in a strip of bacon, tucked in a soft bun and blanketed with oozing cheese, coleslaw, green salsa, pink mayo-ketchup sauce, pineapple jam and crushed potato chips topped with two hard-cooked quail eggs speared on a toothpick. You can choose your toppings, but getting it with the works is the best because it soaks up all of that alcohol to lessen the hangover the next morning. You will find Perro Caliente stands outside every club in Cartagena.

Visiting the Rosario Islands is our top pick for excursions to do in the city. Although Cartagena has a coastline of beaches, they do not have crystal clear water nor powdery white sand. If you are in search of this, we recommend visiting the Rosario Islands. They are only an hour away from Cartagena via boat. You can either choose to spend the entire day at one of the islands or overnight as most of the islands have full-service hotels on them.