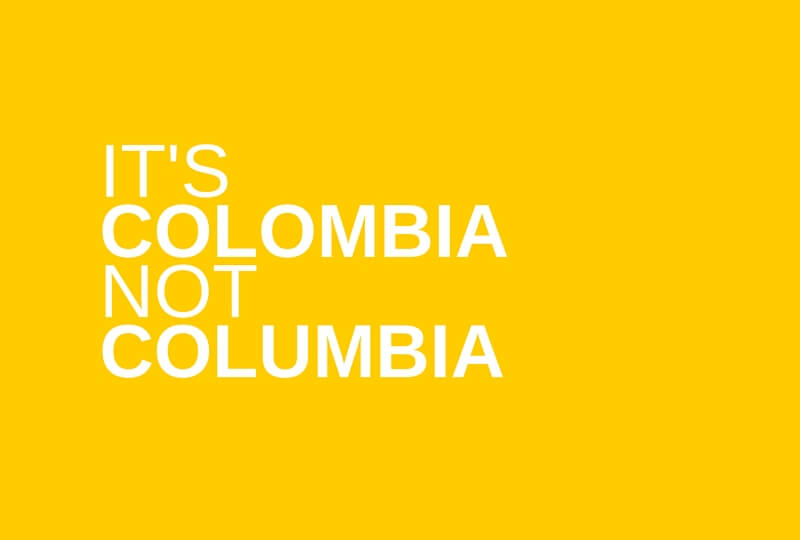 Colombia is one of TGW’s featured destinations. We offer packages to Cartagena, Colombia year-round as well as Special Event/Group Trips to the National Beauty Pageant (Miss Colombia) in November, Semana Santa (Easter Week), and New Year’s Eve in Cartagena. We can also customize packages to other parts of Colombia like Bogota, Medellin, Santa Marta, San Andres, and any other Colombian destination.

Below is a great article about the new social media campaign to let everyone know that it’s COLOMBIA NOT COLUMBIA!

From CNN Article: http://www.cnn.com/2013/02/20/world/americas/colombia-not-columbia (CNN) — It’s a common error, but one that leaves those with an affinity for Latin America shaking their heads: The Andean country known for its coffee and flower exports is Colombia not Columbia. Now, a group of marketing-savvy Colombians, spurred by the government’s public relations arm, have launched a social media campaign to set the record straight.

Colombia is where famed artist Fernando Botero hails from; Columbia is a university in New York. The coffee you drank this morning might be from Colombia; Your outerwear might have been made by Columbia. And so on and so on. The campaign is picking up steam ahead of its official unveiling on Wednesday evening during Social Media Week in New York. A Facebook page for the campaign has been gaining upwards of 1,000 followers a day with a flurry of humorous and creative photos bringing attention to the Colombia/Columbia confusion. The campaign is lighthearted but has a serious mission behind it — to use the spelling lesson as a door for people to reacquaint themselves with modern Colombia.

Organizers hope the effort eventually will parlay into real economic opportunities, be it through tourism or foreign investment. “People outside of Colombia, especially in the United States, have a wrong impression of what Colombia is,” said Carlos Pardo, a vice president of Colombia-based Zemoga, a digital services company with many U.S. clients.

The South American country’s image often is associated with drug lords such as Pablo Escobar and guerrilla violence, and many foreigners remain unaware of the changes that have taken place, Pardo said.

Even positive things Colombia is known for — such as the coffee and flowers mentioned earlier — do not paint a complete picture, he said. “Today, Colombia is much more than coffee and Pablo Escobar. More than Shakira even,” Pardo said. When Zemoga joined forces with public relations firm Compass Porter Novelli to work on a presentation for Social Media Week, the country’s official brand, Marca Pais, asked them to use the platform to promote Colombia. They agreed, and the “It’s Colombia, not Columbia” campaign was born. It is the first of many pro-Colombia messages that the group will put out. The goal is to have fun with it and create an entry point for foreigners to explore their country, Pardo said.