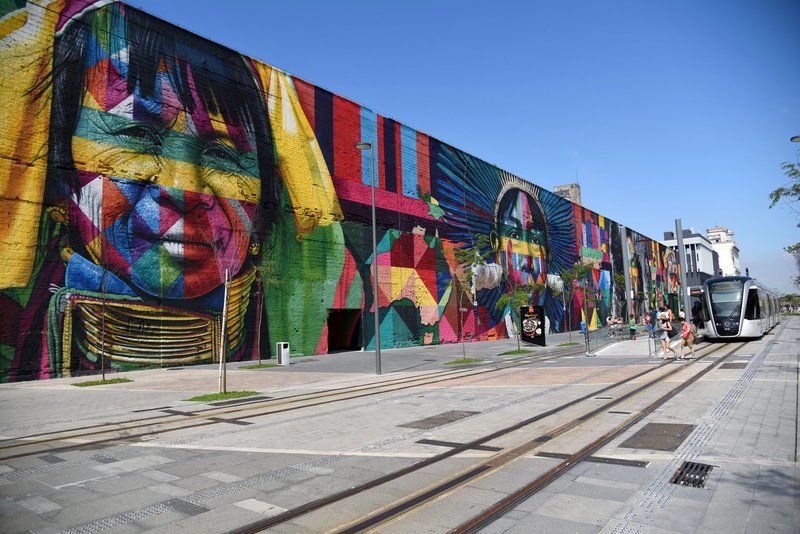 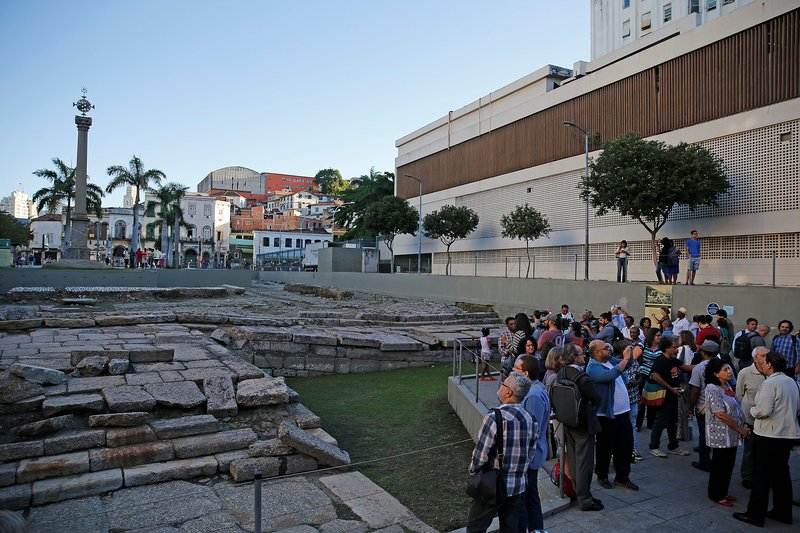 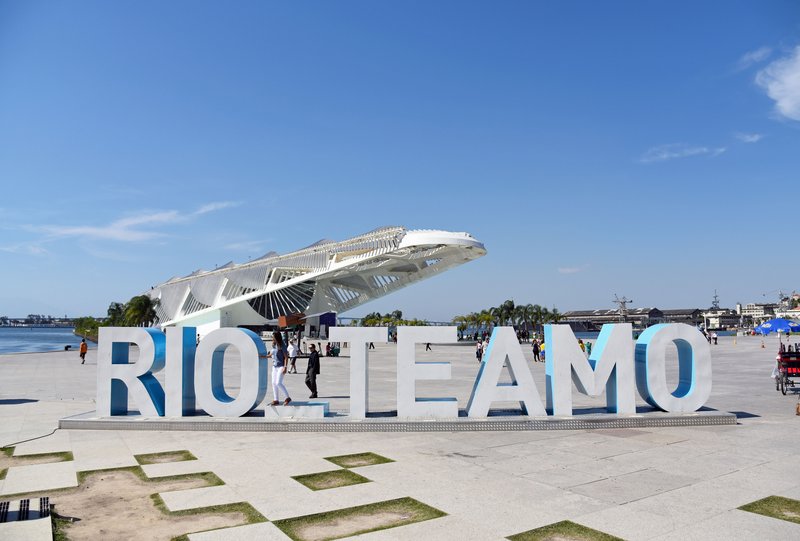 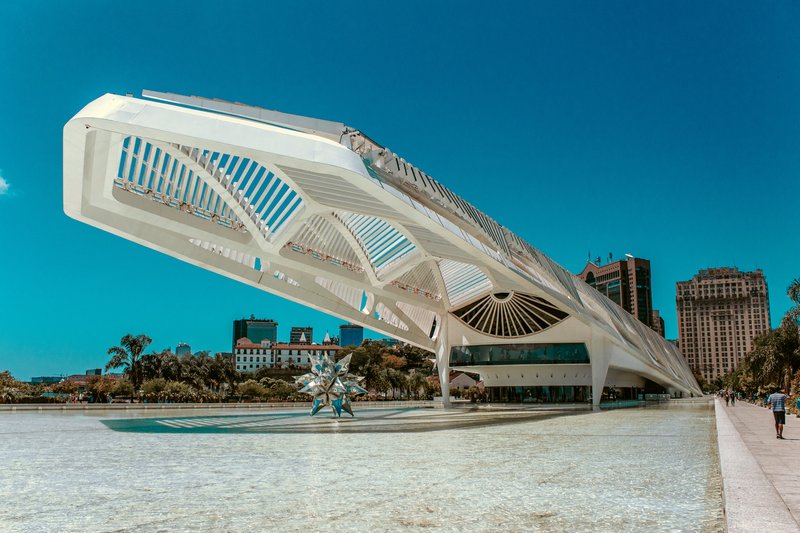 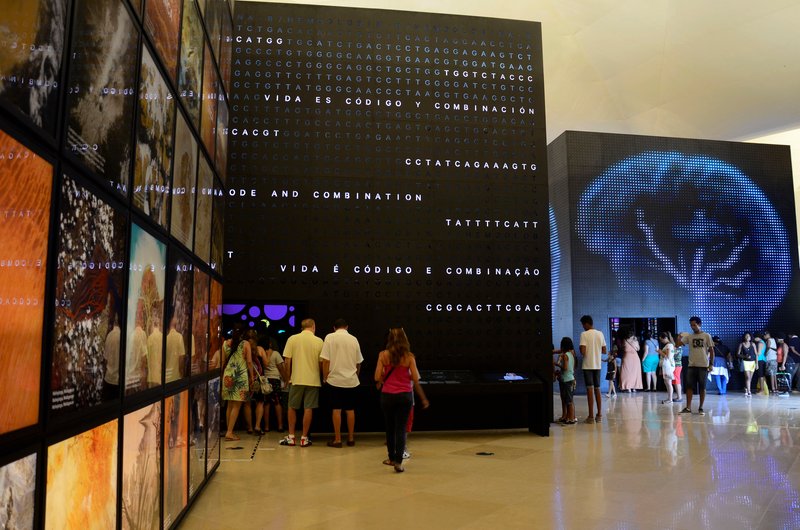 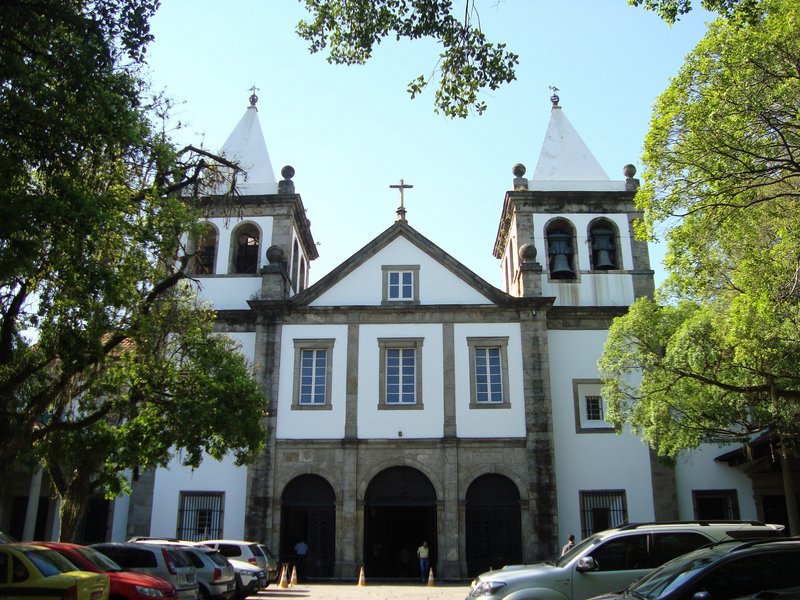 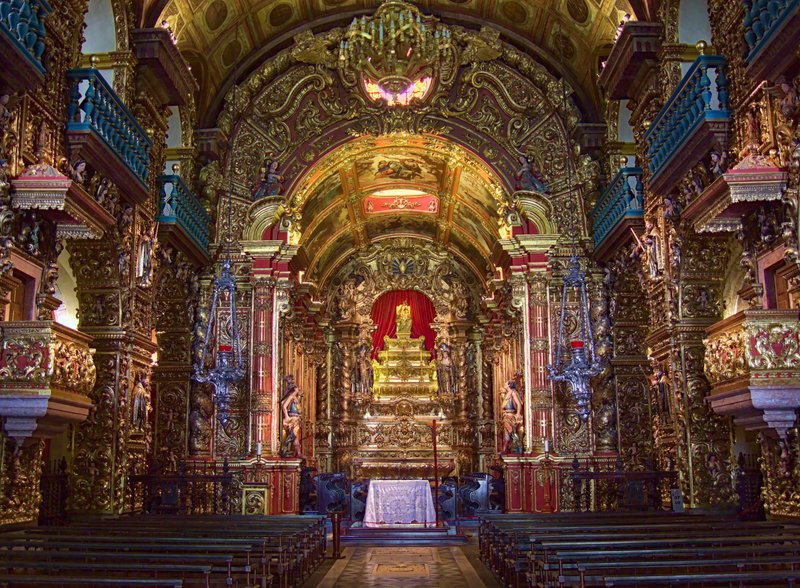 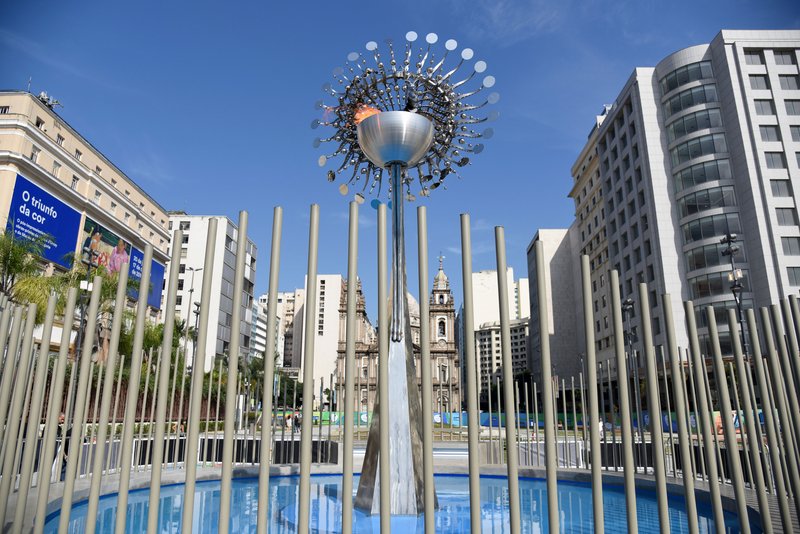 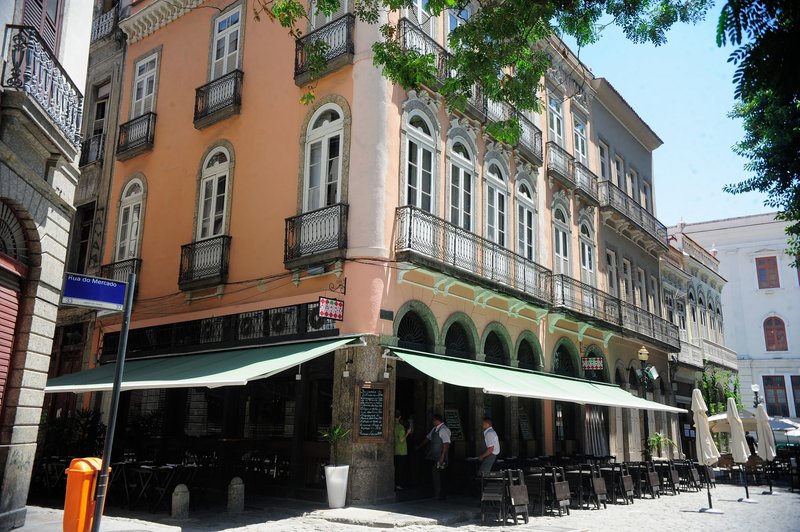 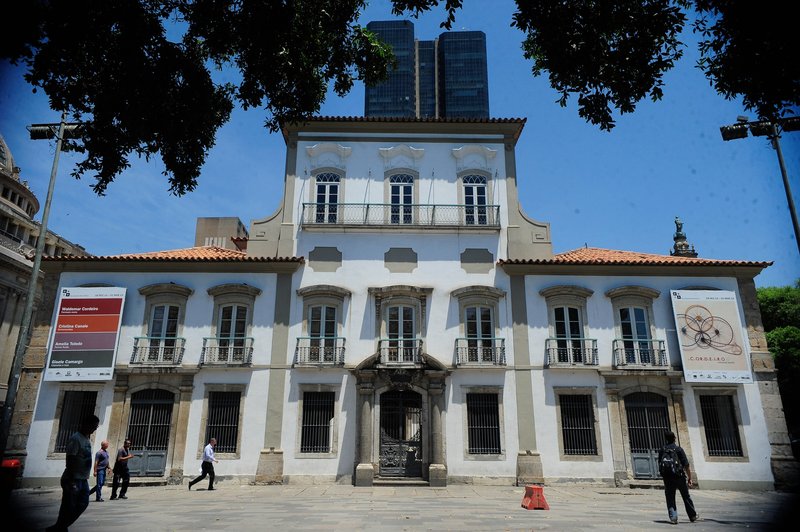 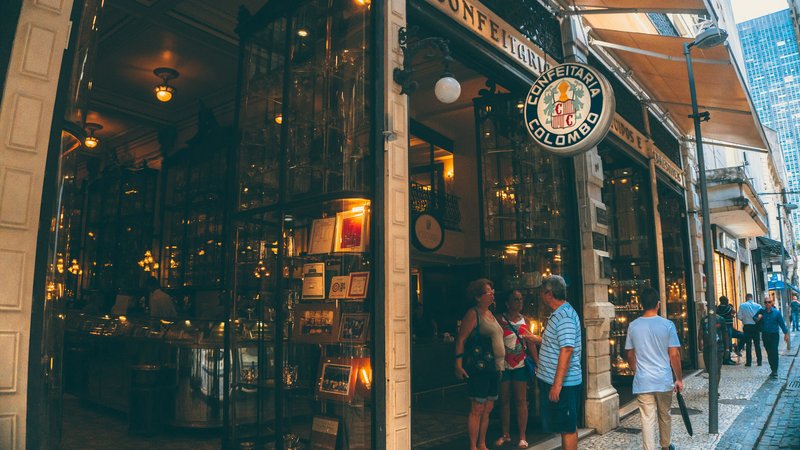 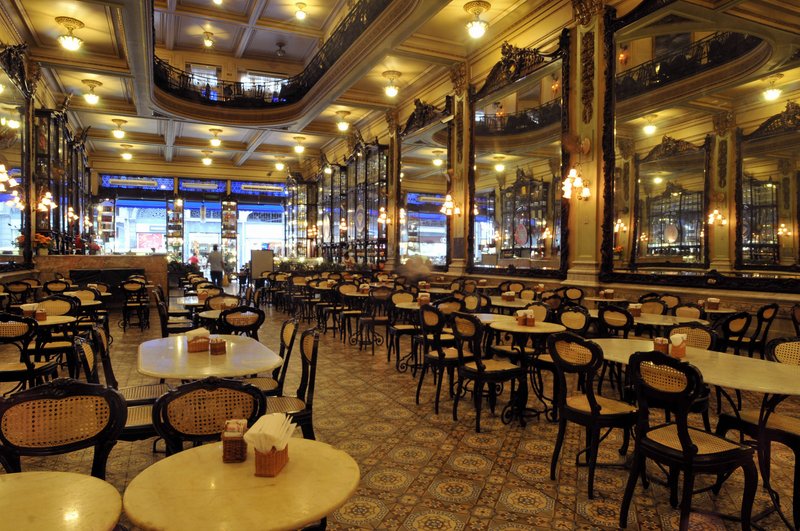 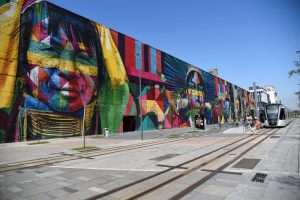 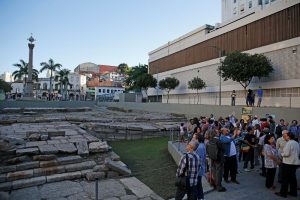 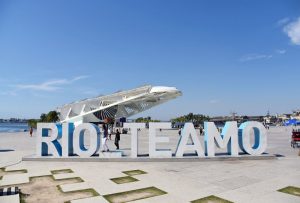 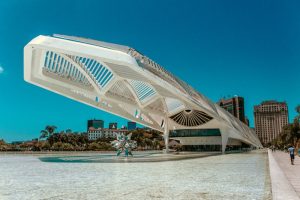 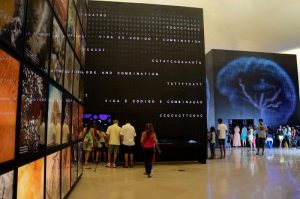 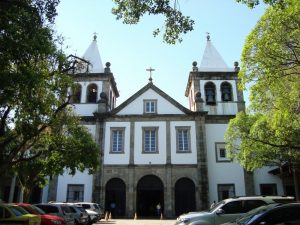 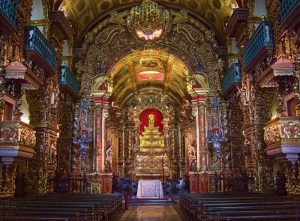 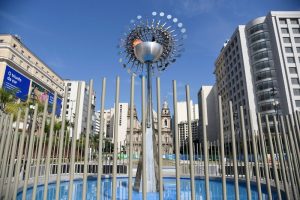 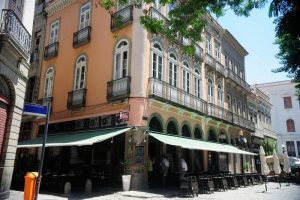 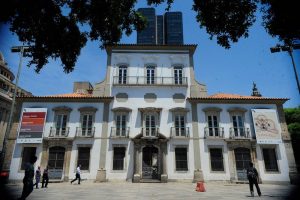 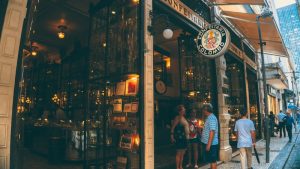 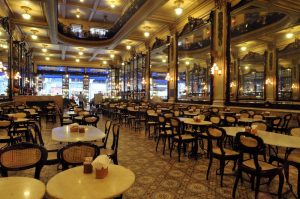 Walk along Rio’s Downtown area to learn more about Brazil’s history and the city’s post-olympic legacy. Visit the Valongo Wharf, the Olympic Boulevard (new harbor area) with the Kobra Mural and the Museum of Tomorrow, the Monastery of Saint Benedict, the Olympic Cauldron, Praça XV, and the Confeitaria Colombo (closed on Sundays).

Begin your tour being pickup from your hotel to discover the many hidden gems in Rio’s Downtown area with a tour guide. Start at the Valongo Wharf – the latest Unesco World Heritage site in the city – and learn more about the African influence in Brazil.

Then head to the Kobra Mural – one of the largest graffiti walls in the world – created by the Brazilian artist Eduardo Kobra, to admire the five ethnic groups portrayed in a colorful geometric background. After a few pictures, you will walk along the Olympic Boulevard towards the Museum of Tomorrow – a modern and technological science museum dedicated to explore and question all the possibilities for constructing the future of the planet and of mankind – and its remarkable architecture. You will enter the Museum of Tomorrow and visit one of the most visited museums in Brazil!

After exploring the future, travel to the past in the Monastery of Saint Benedict, where you will experience the contrast of the simple façade with the interior covered with the golden ornaments, a heritage from the Baroque period.

Before heading towards the historical streets of Rio, you will see Rio 2016 Olympic Cauldron created by the American artist Anthony Howe. You will notice the reflective-kinetic-sphered-structure as a reminder of the Games.

At the Praça XV, you will see one of the former headquarters of the Brazilian empire and learn more about important facts of Brazilian history that happened in the area.

Your last stop will be at Confeitaria Colombo (closed on Sundays), a permanent member of all “must-see cafés” rankings around the world. Enjoy the opulent art nouveau decorated with huge stained glass, tiles, and mirrors imported from France, Portugal, and Belgium. You can finish your tour tasting one of the Brazilian traditional snacks – such as the coxinha de frango (‘little chicken thigh’) – or desserts – such as the brigadeiro (‘brigadier’) in one of Rio de Janeiro’s most prestigious places at the beginning of the 20th century.