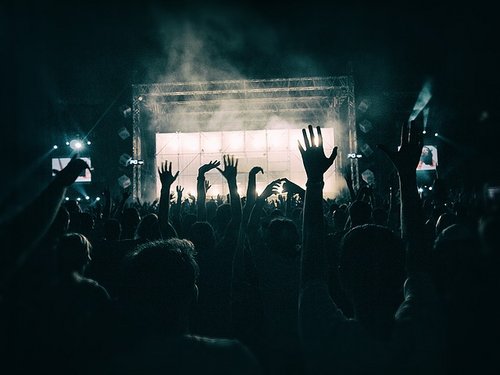 Top 10 Party Destinations in the World

TGW Travel Group is a full-service travel company that provides vacation packages to South America and Europe. The company has been in business since 2004 and its packages to some of the world’s hottest special events are the best in the industry.  Below is the list of the Top 10 Party Destinations in the world. TGW offers packages to every one of them!

Ibiza is the party capital of the world and has to be at the top of the list of the World’s top 10 party destinations. It’s the perfect combination of great weather, beautiful people, incredible beaches, and the hippest, most sophisticated nightlife in the world. If you love electronic/house music, it is the can’t miss destination of the summer as the best DJ’s in the world make Ibiza their home from the End of May until the End of September – any other time most of the clubs in Ibiza are closed.  See Our Ibiza Vacation Packages. Dates: End of May – the beginning of October

Imagine 6.3 million Drinkers & 7 million Liters of beer. Munich’s Oktoberfest is one of the world’s biggest festivals, attracting people from all over the world for a 2-week celebration of beer. With more than a dozen massive beer tents (actually, fourteen beer tents, spread out over an area the size of about 60 soccer fields), Oktoberfest is one experience you will never, ever forget. Oktoberfest officially kicks off on the third Saturday of September when Munich’s mayor taps the first keg. Then, the beer halls open their doors and row after row of wooden benches and tables quickly fill with thirsty visitors.  See Oktoberfest Travel Packages Dates: Mid to late September

Brazilians consider Salvador, Bahia as the best and most fun Carnival in the country. The Guinness Book of World Records considers Carnival in Salvador as the biggest street party in the world. Millions of people hit the streets and it’s 5 days of chaotic fun. Just imagine millions of people on the streets just going crazy with some of the hottest bands from Brazil playing in the background. TGW offers a package that includes airfare, 5-night hotel accommodation, airport transfers, and 4 nights of parties as well as 24/7 On-Site staff. See Salvador Carnival Package Dates: Week before Ash Wednesday

Rio de Janeiro Carnival is called the greatest show on earth. Its origins are said to come from Europe, where Carnival festivities comprised mostly of balls & masquerade parties. The modern-day Brazilian Carnival has evolved to include Native American and African culture in its celebration. Rio de Janeiro Carnival is a wild 4-day celebration. Year after year it starts on Saturday and ends on Fat Tuesday. It normally takes place in February, which is right in the middle of Summer and Brazil’s hottest month. For Brazilians, Carnival is a celebration to let loose and release their inhibitions before Ash Wednesday. Rio Carnival mainly consists of the Samba Parade, Scala Balls, & Street Parties. Our Rio Carnival Package gives you access to the hottest parties that week. Dates: Week before Ash Wednesday. See the Rio Carnival Dates for all years.

New Years’ in Rio is one of the most amazing cities in the world and one of my favorite travel destinations. Its annual New Year’s Eve extravaganza puts all New Year’s celebrations to shame. Millions pack the city for an all-night festival of music, food, and fun, punctuated by spectacular fireworks. From mind-blowing scenery and incredible beaches to wild nightlife and beautiful people, Rio de Janeiro will make your New Year an unforgettable experience. TGW’s New Year’s in Rio package includes airfare, accommodation, airport transfers, ½ Day Tour, VIP Service, and the choice of watching the fireworks on Copacabana Beach with a guide or attending one of the most exclusive parties in Rio for New Years. See Rio New Years Travel Package Dates: Dec. 28 – Jan. 02 (Customizable)

6. Running of the Bulls

The Running of the Bulls is held every year between July 6th and 17th. It is one of the world’s craziest and wildest festivals where people run through the streets of the medieval city with actual live wild bulls. Every year over one million party-goers flock to Pamplona and party day and night drinking Sangria, eating delicious tapas and for the brave ones – run for their lives in front of angry bulls! For the Running of the Bulls, TGW offers airfare, hotel accommodation, airport/hotel transfers, a city tour, and access to a VIP Balcony to watch the running of the bulls with breakfast. See our Running of the Bulls Travel Package Dates: July 5 – 15

Cartagena is the home of Colombia’s National Beauty Pageant, one of the country’s hottest events of the year. The most beautiful women from all over the country compete to be crowned Miss Colombia. The event is usually held the 2nd week in November. That week is absolutely nuts as the city erupts in Exclusive Parties, Parades, Beach Events, and the Best Nightlife in the country. The TGW Package includes airfare, accommodation, airport transfers, a city tour, 4 nights of VIP Service to the city’s hottest clubs, Boat Party, Entrance into the Swimsuit Competition, and 24/7 On-Site Staff. See our November Miss Colombia Travel Package. Dates: 2nd Week of November

8.  Mykonos in the Summer

Mykonos is Greece’s party island during the summer. If you want to party for 24 hours straight, you can do it in Mykonos – hit the beach parties during the day, head to Mykonos Town to watch the sunset, have dinner and party at night and if you want to keep on partying there are several options for after hour spots that open at 3:00 AM and go through the morning/afternoon hours. TGW offers packages that include Mykonos as part of a 7-night tour which includes Athens and Santorini. Tours Gone Wild offers a package for all summer as well as a Group Package that takes place at the beginning of July. See Greek Islands Travel Package Dates: Late May – Early October

The Ultra Music Festival in Miami brings the top DJs from all over the world. The 3-day event/concert is just a part of Miami Music Week and to be honest, it’s just a minor part of the wildness as other events throughout the week pass it in overall craziness as well as musically. From private parties, where you can catch guest DJs spinning for the pure love of music, Yacht parties, amazing pool parties involving sexy models, and more! See Our South Beach Travel Packages Dates: Mid – Late March

If you are looking to go where the South American Jet-set as well as International Jet-Set are going this winter (Summer in South America), mark your calendar for Florianopolis or Punta del Este. The best time of the year to travel to Punta del Este is mid-December to mid-January. There are a ton of special events during this time and New Year’s Eve is one of the highlights. Florianopolis is a great place to go between mid-December to right after Carnival (End of Feb.). It is considered by many as the most up and coming Jet-Set destination in South America and a place that provides you with incredible beaches, surf, beautiful people, and upscale parties. TGW offers packages to both of these destinations, but keep in mind to book early as hotel options are not plentiful and they sell out very quickly. See Florianopolis Travel Packages / Punta del Este Travel Packages Dates: Punta del Este – Dec. 15 – Jan. 20  / Florianopolis – Dec. 15 – March

TGW Travel Group is constantly adding places around the world to our featured destinations and special events. If you feel, there is a spot or event we missed for the World’s top 10 party destinations, let us know and we can see about offering it.